What is Rabi al-Awwal and Why do Muslims Commemorate it?

Rabi al-Awwal is the third month of the Islamic lunar calendar, after Muharram and Safar.

The literal meaning of Rabi al Awwal is “the first spring”, however, because the lunar calendar shifts over the years, Rabi al Awwal can occur in season.

Unlike the months of Ramadan or Dhul Hijjah, there are no commands regarding fasting or performing certain acts of worship but it still remains a blessed and important month for Muslims because of the significant events that took place during it.

The birth of the last Prophet Muhammad (SAW)

The Hijrah of the Prophet (SAW) and his companions from Makkah to Medina.

The marriage of the Prophet (SAW) to his first wife, who was also his first follower, Hazrat Khadija (AS)

The death of the Prophet (SAW)

As at least three very significant events in Islam occurred in this month, it warrants special attention and we, as Muslims, should take this time to reflect, rejoice and perhaps even consider sharing the blessings we have our siblings in faith who may be struggling, as the Prophet (saw) time and again remined us to do:

Help a brother out by providing him and his family means to earn a halal income. 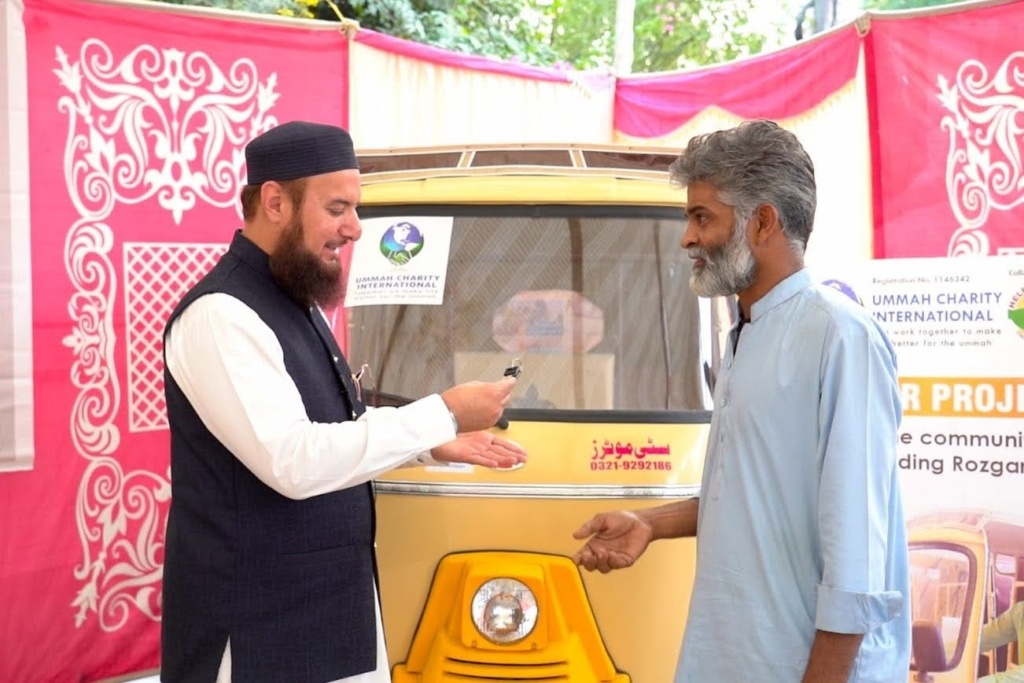 The Birth of the Prophet Muhammad (saw)

The light of the world, the guiding beacon in a sea of
oppression and darkness was gifted to this world by Allah (swt) in this month
of Rabi al-Awwal. The birth of Prophet Muhammad (saw) marked the end of the era
of ignorance for not just the Arab region but the entire world. He was born in
the city Makkah to Bibi Aminah (AS) and decades before the revelation was told
through him, people recognized the light of holiness in him, later confirmed in
the Qur’an, when he was called “a mercy to the worlds”.

Rabi al-Awwal is one of the most important months in Islamic history since it is the month in which humanity was blessed by the birth of the Prophet (saw). He (saw) that the world, beginning with the Arabs, Persians, and Romans, would finally be led out of the darkness of ignorance and oppression and into the light of Tawhid, genuine justice, and peace.


Naming the Prophet (saw) was another memorable event that happened a week after his birth: “The seventh day after the birth of the Prophet Muhammad (saw) approached. A sheep was slaughtered by Hazrat Abdul Muttalib as an expression of gratitude to Allah and a number of persons were invited to the feast. In that magnificent celebration, which was attended by most of the Quraysh, he gave his grandchild the name “Muhammad”.

When it was enquired from him as to why he had named his child “Muhammad”, while this name was very rare amongst the Arabs, he replied “I wished that he should be praised in the heavens as well us on earth”

This Rabi al-Awwal, help children learn Islamic history, fiq, hadith and much more by donating towards one of our Maktabs.

The Hijrah of the Prophet Muhammad (saw) to Medina

The Prophet (saw) and his Companion (later to become his first Khalifa), Abu Bakr (ra), also emigrated from Makkah to Yathrib during Rabi al-Awwal. The migration, or Hijrat, marked the beginning of the Islamic year (however, bear in mind that the first year of the Islamic Calendar is still Muharram, not Rabi al-Awwal). Islamic years are denoted by ‘AH’, which stands for ‘After Hijrah’. We are currently in the year 1443 AH.

The Prophet’s (saw) migration to Medina, then called Yathrib, started a new chapter for Muslims, giving them a place where they safe and treated as brothers by the Ansaar (natives of Medina).

Hazrat Muhammad (saw) accepted Medina as his home and named it Medina Munawara, the pre city because of the kindness of the people who lived there.

The spirit of kindness, generosity and compassion is a central value in Islam and a sunnah it its own right,

“A Muslim is the brother of a Muslim who does not oppress him nor hand him over, and who is after the need of his brother, Allah will be after his need, and who relieves a Muslim from the plight of distress, Allah relieves him from one of the plights of distress of The Day of Resurrection, and who enshrouds a Muslim, Allah will cover him on The Day of Judgment” [Sahih Al Bani 7988]

Keep the Prophet’s (saw) message of generosity alive by donating towards an eye camp, which would help provide urgent eye care to hundreds of people in underdeveloped communities. 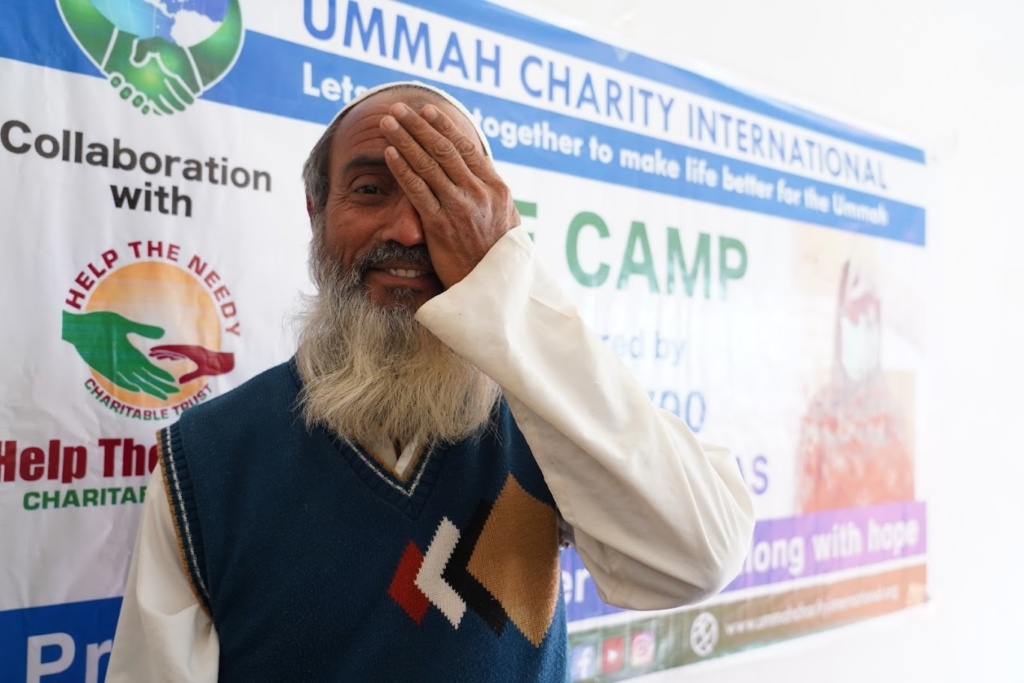 The beautiful union of the Prophet (saw) and Bibi Khadija also took place in the month of Rabi al-Awwal. It the only marriage of the Prophet (saw) in which Allah (saw) blessed him with children. The couple shared a deep bond of trust, respect, love and intellectual compatibility, so much so that Bibi Khajijatul Kubra became the first Muslim when the Prophet (saw) shared with her the new of the revelation because of the firm trust she had in him.

After the first revelation left the Prophet (saw) moved, he came home sweating and trembling, narrated the event to his beloved wife and shared his fear that something may happen to him, to which she replied,

“Never! By Allah, Allah will never disgrace you. You keep good relations with your kith and kin, help the poor and the destitute, serve your guests generously, and assist the deserving calamity-afflicted ones.” (Sahi Bukhari)

She was the first and the only spouse the Prophet (saw) had for twenty five years, he remarried after her death. 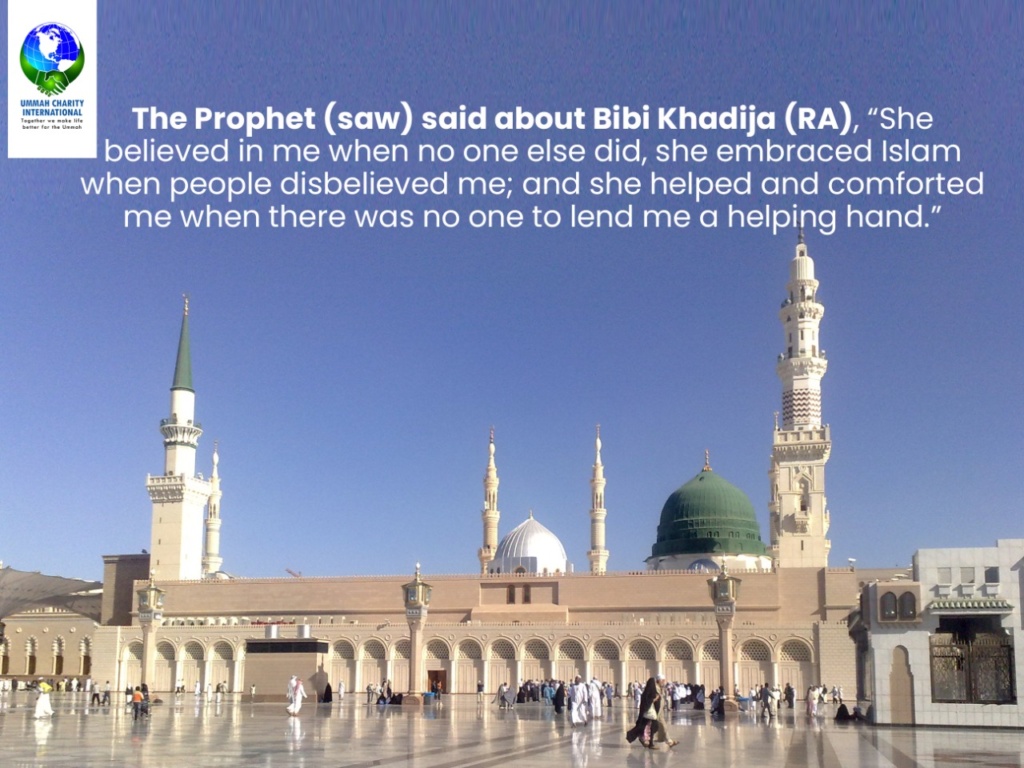 The Death of the Prophet Muhammad (saw)

Not even a year after his last pilgrimage Hazrat Muhammad (saw) fell ill, when he realized that his time in this world is coming to and end, he decided to spend his final days at his beloved wife Bibi Aisha’s (RA) house where he was eventually buried.

His death was a shock to his companions who loved him dearly, but they understood that Islam was complete in and of itself and that Prophet’s (saw) did not alter that reality.

Hazrat Abu Baqar (RA) was made the first Caliph after the Hazrat Muhammad’s (saw) death.

The Prophet’s (saw) is an inspiration for all humankind, in the month of his blessed birth, we urge you to remember his message of compassion and selflessness and extend a helping hand to your brothers and sisters in need.