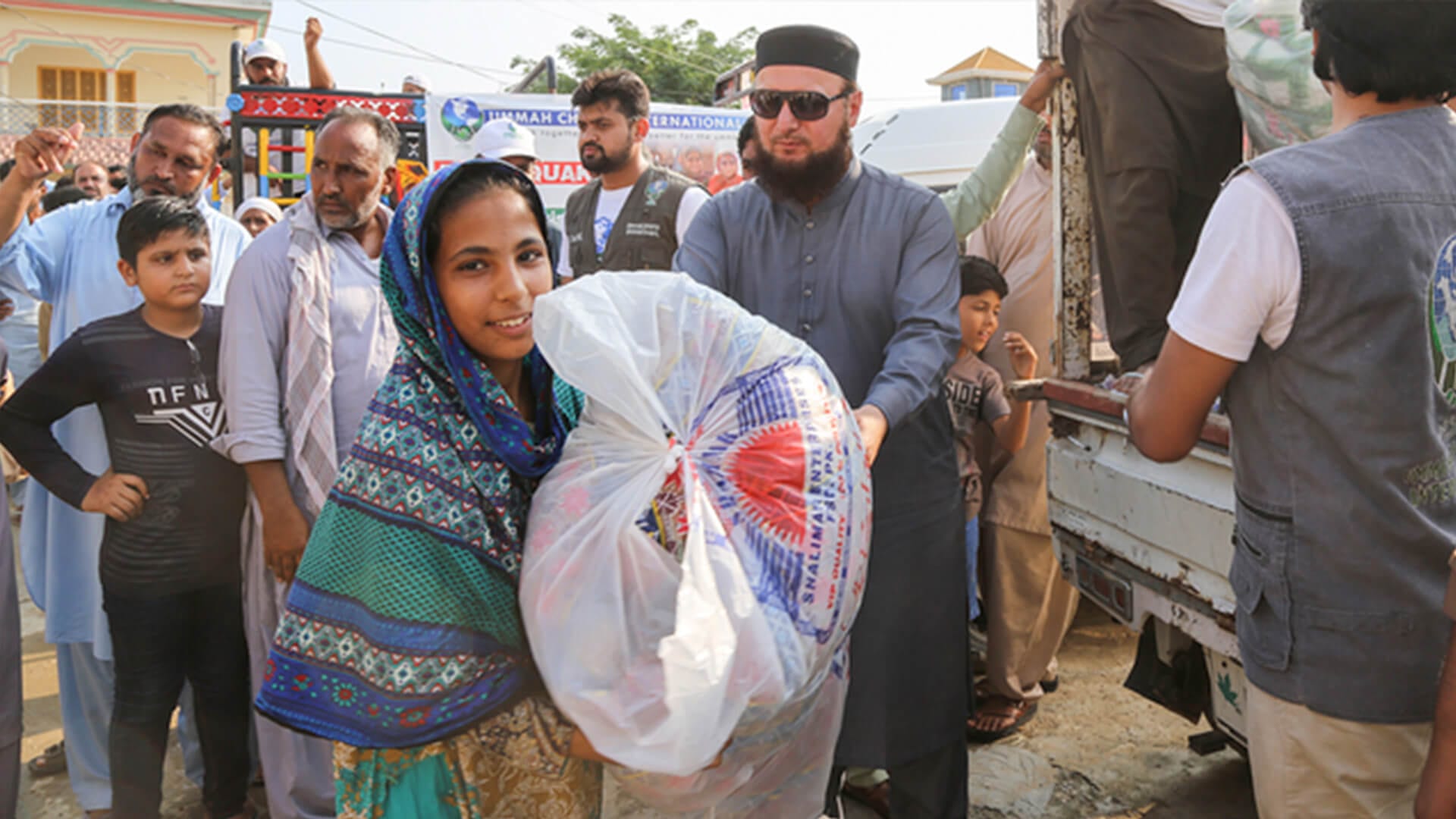 Providing aid to the earthquake victims

On 24th September 2019, a fateful earthquake shook the lives of hundreds of Kashmir’s citizens. The epicentre of the 5.8 magnitude earthquake was near the city of Mirpur, and along the boundary separating Punjab and Kashmir. Cracks the size of cars had severed roads in half. Rubble had coated itself onto every surface imaginable. Darkness had swallowed the city and the wails of mourners could be heard long into the night. Roads, mobile towers and electricity poles were severely damaged, and the casualties have exceeded well over 800, with around 37 announced dead. 14 years ago, Pakistan had been faced with another disastrous earthquake, one which some are still recovering from.

Upon hearing of the earthquake, Ummah Charity International wasted no time in making their way over to the areas directly affected by the earthquake. Joined by UCI’s Chairman, Mufti Abdul Wahab, our staff members provided emergency medical assistance, shelters, food and consolation to the victims. Many had lost their homes and livelihoods due to the devastation; some lost their limbs; others lost members of their families. With natural disasters like earthquakes, consequences are sure to follow: grief, death, injury, and starvation being only a few of them. The goal of our emergency relief project is to ease the burdens of the victims and although we cannot remove all of their problems, as much as we’d like to, we do our best to remove the ones we can.

longside visiting the affected areas and getting to know those who had been directly impacted by the earthquake, our team also distributed a total of 200 food packs, 1500 bottles of water, 100 tents, 100 blankets. All of our ventures resulted in more than 3000 individuals benefiting. However, we wanted to give them more than just physical belongings, we wanted to help them stand on their two feet and regain the hope that they had lost.

What You Can Do:

People suffering from the earthquake are still recovering, whether physically, mentally, emotionally or financially. The aftermath of such a shock does not dissipate easily, but it is up to us to relieve them from as much of their stress as we can. The stains of the earthquake have been left across the country in the form of rubble, broken buildings, and bankrupt businesses. You can help these people move forward instead of standing still. Donate towards our emergency relief projects today and give both short-term and long-term aid to the victims of the earthquake. The kindness of your actions will surely be reflected in the success of our efforts.