Ummah Charity International has collaborated with London Community Kitchen to provide hundreds of meals to people in need every week So far, we have helped feed over 300 people!

One of the biggest issues in the world today is of food injustice and hunger. In a world where every year 4678 million ton of food is produced, enough to feed every human being on the planet, it is concerning that one in every nine people remains insecure. This problem is one of unequal wealth distribution, inefficient management and a broken global food system, but like every problem, it can be addressed and resolved with collaborative effort.

Ummah Charity International feels strongly about countering food injustice globally and for the past decade, our food projects have provided monthly food provisions, fresh meals to thousands of people in the most food insecure areas of the world.

The pandemic brought the realization that food insecurity is not just a Global South issue, impoverished families and communities living in one of the richest cities in the world suffer from the same issues of food injustice that people in ‘underdeveloped’ countries do. Therefore, we decided to expand our food project to London starting in December 2020, we started giving carefully made food packs to homeless people and more recently started our collaboration with another London based charity named London Community Kitchen to give away hot meals to people from low-income families. 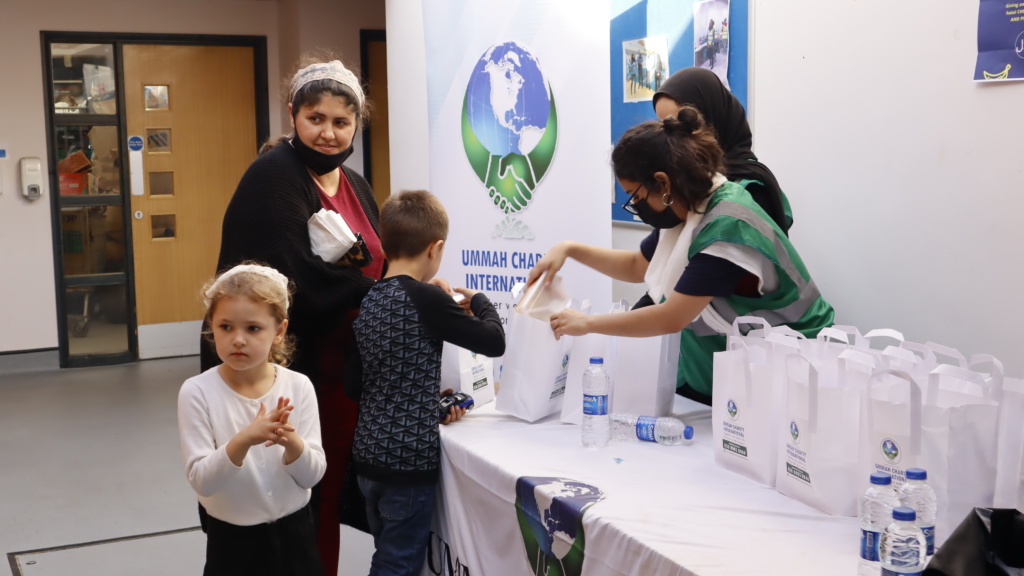 As housing and rent prices in London shot up, so did the homeless population, making already vulnerable people lose essential provisions like shelter and food. We realized how the pandemic made the situation made the situation much worse for these individual, and we decided to help out. Starting in December 2020, we distributed food bags to people living without shelter in the borough of Harrow.

Though it is a project that necessarily makes a long-term change like our Rozgar and Education Projects, sometimes just extending a hand of support is enough to keep a person’s spirits high, especially when they are struggling. 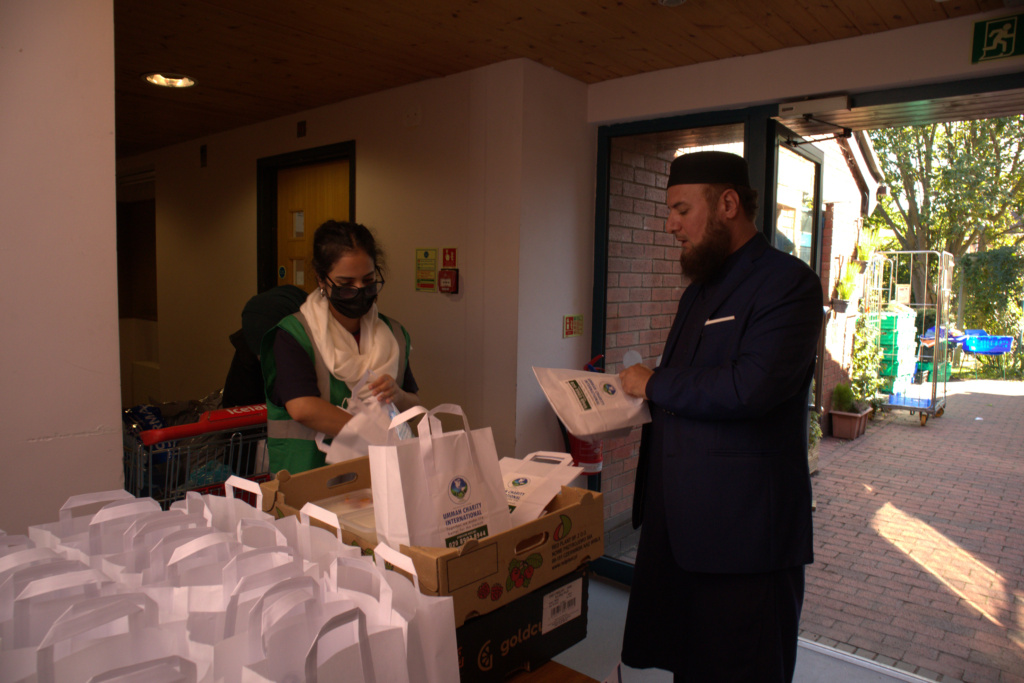 It is heart breaking that a large percentage of people queuing up outside foodbanks and open kitchens is of Muslims, what is also saddening is that often they have to go back empty handed because there simply are not enough halal meals for all of them. UCI recognized this problem and decided to work towards addressing and tackling it.

In our collaboration with London Community Kitchen, we provide between fifty and a hundred fresh and halal cooked meals every week for our community members in need. This not only gives these people an option they do not have often but also reassures them that they have not been abandoned by the Muslim community in difficult times. 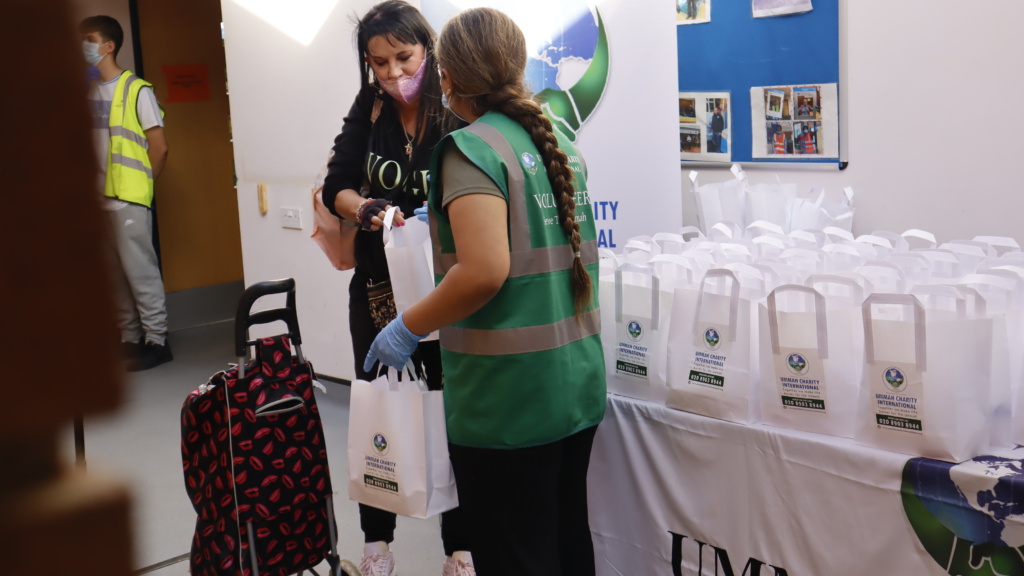