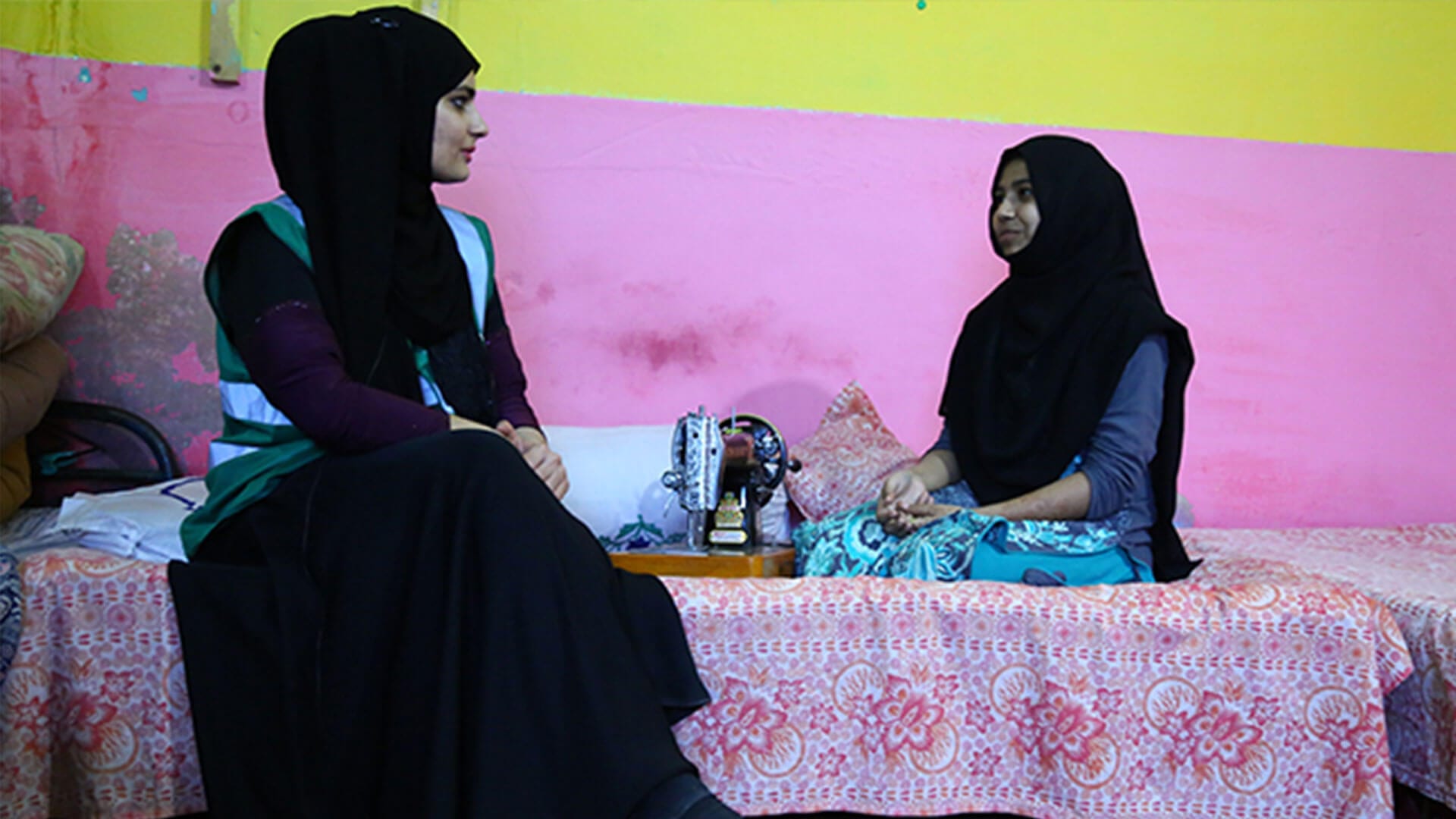 This article brings forward a real life case study, which illustrates how an underprivileged eighteen year old girl is dealing with challenges, along with the hope of supporting her family. Iqraa has recently completed the course, she is very dedicated, enthusiastic and is willing to make a change. In her growing-up years she realised that despite the utmost effort her mother did as a single parent, they still suffered in their day-to-day expenses. Iqraa lost her father at the age of 4 and since then it has been a struggle for their mother to raise three daughters and one son on her own. A family of five and no decent livelihood meant no education for the children and they were also malnourished. As time proceeded and her mother became elderly, Iqraa has become strong-willed towards a purpose-filled journey. After going through the rigorous training offered under this program, she became confident and competent.The centre was a distance from her house but she walked everyday and made sure she never missed a session. Her objective was clear as she mentioned to us that in her daily life she saw her brother sit outside the house. He had a small stall with snacks which he sold. There was barely any income generated from the stall and today she feels proud of what she has achieved. Iqraa described her situation, ‘I feel lucky that I had a chance to learn stitching from the centre and it has helped me immensely. I am capable enough to support my mother and often purchase the basic necessities of everyday life with the money that I earn. I would recommend this course to other girls residing locally who need some skills to support their families. My intention for the future is to train other girls in stitching skills. I am extremely thankful to Ummah Charity International and the donor for supporting me.