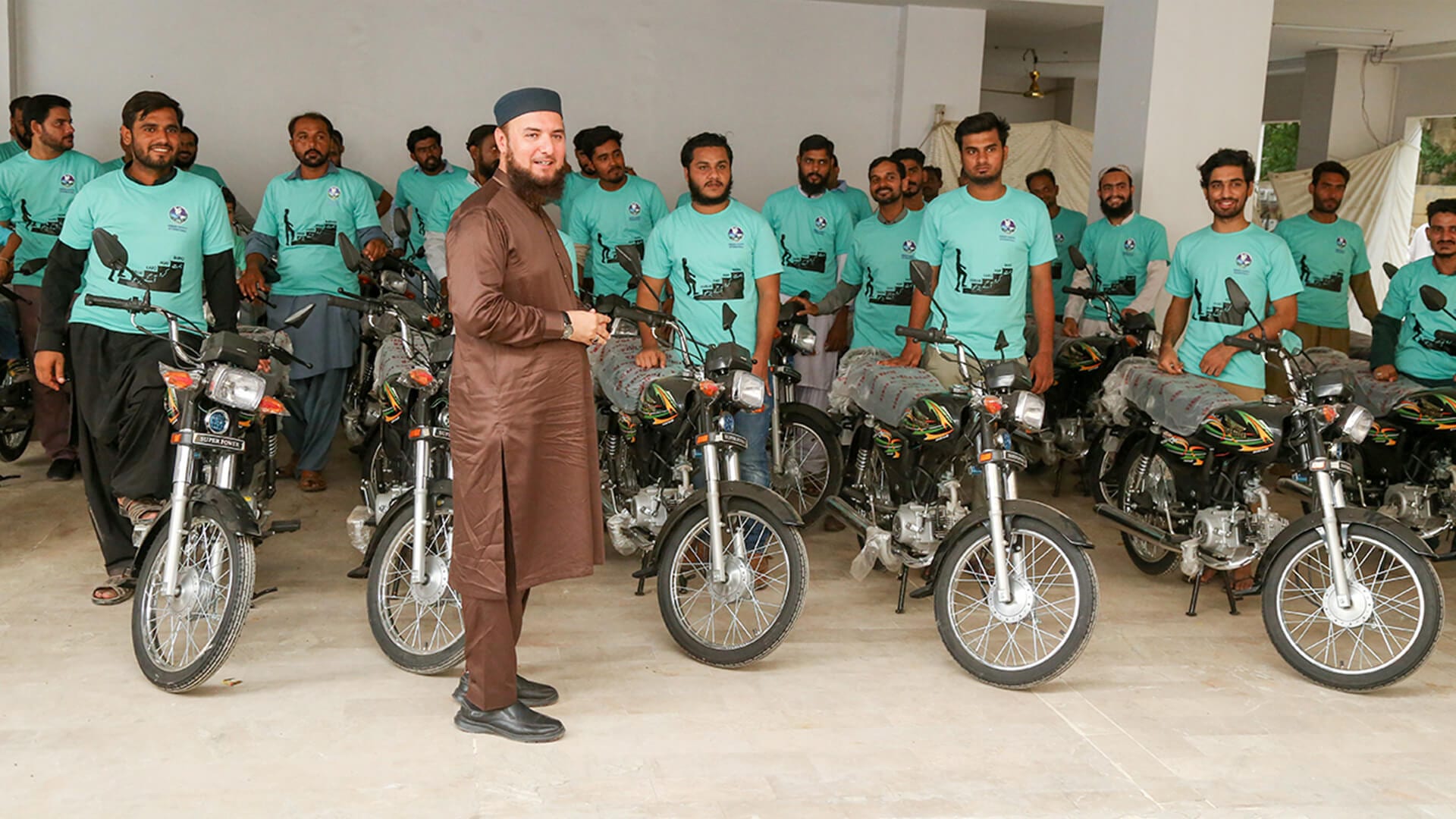 Living amidst the poverty, debt and underdevelopment that belongs in countries like Pakistan, aid is not something that comes by easily. For the individuals living in malnourished communities, disease is rife and hunger is prevalent.

The launch of our campaign: HIMMAT KARO AAGE BARO has seen the lives of almost 500 people improve through the provision of 50 motorbikes. In an industry that has begun since 1885, motorbikes have been a favoured mode of transport due to their efficiency, easier maintenance, environmentally-friendly functions and their affordability. This campaign, although lying underneath the umbrella term of our Rozgar project, has been UCI’s newer initiative to change someone’s life for the better.

Our aim of of this campaign – much like the campaigns of our other projects – was not to give a family sustenance. Our goal was to give them the means to sustenance. Just giving these families a meal would only help them for a day, but by giving the breadwinner a food-delivery motorbike, they would be helped for a lifetime. This is the thought that has propelled the launch of this campaign which lies under the umbrella term of our Rozgar Project. Food-delivery motorbikes allow for the breadwinners of each family to earn a substantial income. This thought is what propelled the launch of this campaign, which has seen various families across Pakistan rise out of their poverty and into a somewhat more sustainable life.

The launch event of HIMMAT KARO AAGE BARHO was attended by Ummah Charity International’s Chairman, Mufti Abdul Wahab, who personally distributed the motorbikes alongside UCI’s trusted staff members, volunteers and donors. The event was considered a success and – as previously mentioned – was seen as the beginning of a road to development. Families attended the ceremony with meagre earnings and left with a newfound confidence to enrich their lives.

Finally, charity is a personal matter, but it is far better to give towards good when we can. Having the privilege to improve lives also comes with a moral responsibility of helping others, and by joining this noble project you can be the cause of someone’s life changing for the better.