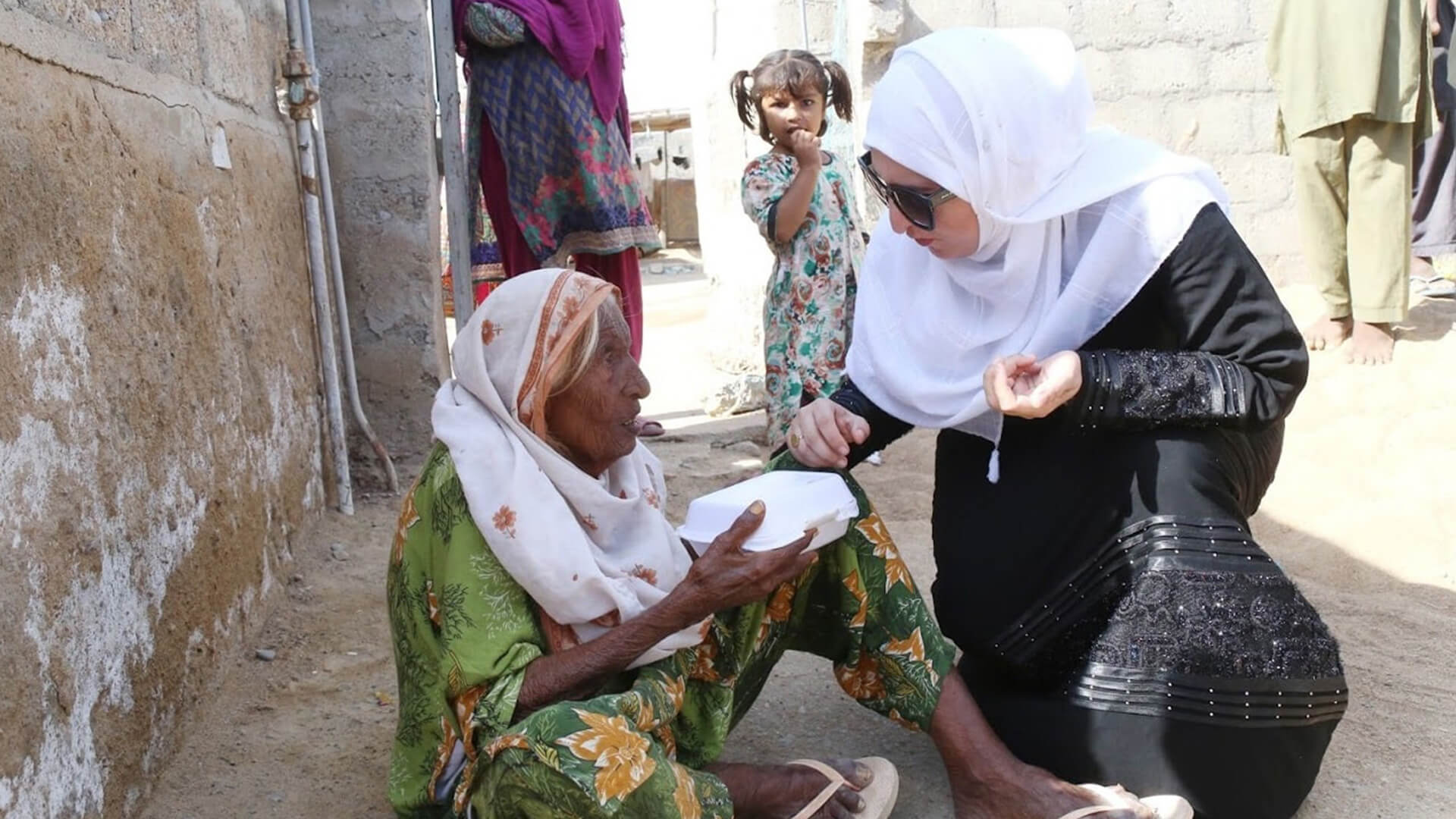 A few days ago, the powerful cyclone “Kyarr” hit the Arabian Sea coastal line near Karachi. The rising sea levels resulted in the flooding of many coastal localities and villages. Local areas by the name of Lath Basti, Rehman Para, Rehri Goth Sumwahr Goth, Manjhar Goth had been inundated. These areas are known for their deprivation and lack of essential resources. After this calamity the residents of these areas were rendered helpless. Many houses and structures were deeply affected, and families were torn apart by this crisis.

In that moment of grief, Ummah Charity International’s response team upheld its social responsibility and visited those mournful areas such as Sumwahr Goth, Manjhar Goth. We went door to door to ease their burdens. We listened to their tragic heartache with sympathy; the elderly and the women openly shared their sorrows and misery, to which we responded by giving them moral courage. A key part of our immediate response was the distribution of cooked food. Our little act of kindness went a great deal in giving the oppressed a voice of hope and confidence. We assured them that our efforts will continue in the future.